Who is the Future of Horsemanship in the U.S.? 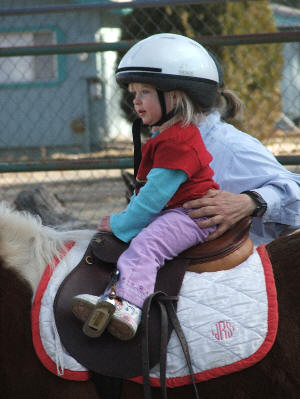 Most of the old time horsemen have asked the same question during the past few years.  Where have the horsemen (and women) gone? I think it’s fair to say that horsemen beget horsemen, usually. But spend a little time around people involved with Pony Club or Fox Hunting and you’ll learn that the horseman is dying out and being replaced by Moms and Dads who’s enthusiasm for anything equine comes via their kids. And bless those moms and dads because where would our riders be without them?

From the County to the City and more
The change is blamed on the loss of land and the migration of families to the cities and suburbs.  I don’t doubt that for one minute  and I believe land conservation is a major issue for horsemen both now and in the future.  I encourage everyone to visit Equine Land Conservation Resource’s web page at http://www.elcr.org/index.php .

Americans have become a disposable society that thrives on convenience. As time goes by we expect more convenience and we expect to reach our goals faster. A person can feed their entire family in less than ten minutes by driving thru any one of a multitude fast food vendors.  At the end of the meal, we throw the dishes in the trash. Have you ever sat in a line at Mac Donald’s and gotten angry because it wasn’t moving fast enough? How about the internet? Have you ever gotten angry that it was too slow?

Everything is high tech and faster.  And when the new high tech comes out we chuck the old one in favor of the new.

And what about the coolness factor, a particularly important issue with young people?
They have to have the right label, titles, style color and size of everything.  Is it a droid or an Iphone, a Mac or a PC?

Into the Horse World
All of this flows over into the horse world. We teach the crest release instead of the following hand to get into the show ring faster.  We count strides instead of developing an eye.  We believe bigger is better and anything with a foreign name is bound to be a winner. Then we strip 3 day eventing down to the qualities of a horse trials to make it suit our new choice in horses.

Not so any more. The result has become most important and we’ll get there by any means necessary.  And if anything goes wrong it’s usually someone else’s fault.

Do You Know What You’re Doing? She was Asked
This was clearly illustrated in a recent facebook discourse. (But remember- Betty White says facebook is a HUGE waste of time!)

A teenager put a photo of her horse wearing a martingale, a shadow roll, and an elevator combination bit that puts pressure on the chin, tongue, bars, poll and nose on facebook in order to receive comments.

Someone asked if the horse needed all of that hardware and if she actually knew how to ride.  And the party was on.

I’d watched this young lady move up thru Pony Club ranks from the time she was 7 years old. The driving force behind her was a family who wanted her to achieve.

Chasing the goal to win blue ribbons and achieve ratings, the girl was moved regularly to “better” horses and ponies. When the better mounts were too much for the girl, stronger bits  and force were used. If the horses didn’t submit they were replaced with a new mount.  The girl never understood, accepted, nor used the principals of classical training.

Horses were a tool, a way to accomplish a goal.  No Partnership. No horse first.  If a horse wasn’t ready for competition, it went any way.    She described her horses as stubborn, jerks, idiots, %#@*!…well you get the picture.

Being a lover of “coolness”, at 12 years old her horse wore coordinated crocheted ear coverings. Later it was quarter sheets during warm up.  Next her horses all used the Mikmar Bit. Then the bubble.  She’d used the Myler Combination bit for the past three years on most horses, so I was interested to to find out what her response to the question would be.

I wish I could say this was an isolated situation but unfortunately I run into more young people with this new attitude about riding.  They miss the richness of being a horse person. It can be broken in to roughly 5 points.

What Does It Really Mean?
Taking this interpretation one step farther, the 5 points above indicate:
1.   self esteem is tied to “things”
2.   perseverance is lacking
3.   the goal is more important than the process
4.   accountability is lacking
5.   there is an inability to think for themselves

Are we developing riders and not horsemen because we are losing the example provided by the old horsemen and women? While there is nothing better than growing up under the gaze of the real thing, I don’t believe we must have horsemen to teach personal worth, perseverance, enjoying the process, accountability, and critical thinking. Do you?

The real questions are: What can we do to help our young riders grasp the meaning of Horseman? Is this trend  inevitable? If it is, it becomes more important than ever to preserve the history of riding in the United States.